Heng(哼)and Ha(哈)are the two sounds when practicing pre-birth Qi(先天气)which is a higher level of Tai Chi QiGong. When one established routine practice of basic Tai Chi QiGong, it might be time to make one step forward. Pre-birth QiGong will lead you to a whole new level.

Heng-and-Ha practice was kept as a secret in Chen’s family. They did this practice in the middle of the night when they believed it was the best time to boost up the Qi. Those of you who had experience of Heng-and-Ha with me in Tai Chi class may recall the strong feeling after a short practice.

Heng-and-Ha is a key step in practicing pre-birth Qi(先天气)which is also known as Dan-Tian-Qi(丹田气), Nei-Qi(内气), or Zhen-Qi(真气). When say Heng, we inhale while the lower abdomen going inward. When say Ha, we exhale while the lower abdomen going outward. It is helpful to practice with movements. One should be relaxed and follow the body's natural way of breathing when first start practicing this type of QiGong. It takes time to train the body, and one should not rush.

This practice is not for beginners, and it is not for those who have pre-conditions of health concerns.
Nan X. Wang, Massage Therapist and Certified Tai Chi Instructor at 7:54 AM

Honey is well known for its many health benefit properties. A hot honey drink mixed with lemon juice is so soothing and refreshing. It is a good home remedy for the flu season.

Honey is also good for skin when used externally. It helps the wound to heal, and it prevents the sun and wind damage from out door activities. It is especially good for dry skin. Here is a facial recipe that I have put together for myself. I would like to share it with you.

If you have some house chores to do, put on this facial, turn on your favorite music; while the house chores are done, your facial is done. It doesn't cost a dime and it’s all natural!
Nan X. Wang, Massage Therapist and Certified Tai Chi Instructor at 12:38 PM

Our body has natural ability to clean itself internally to get rid of the old and absorb the new. Periodically, we experience flue-like or allergy-like symptoms, which could be part of our body's cleansing process. This process removes the toxins within our body that could be generated as a result of metabolism.

If we observe closely, we might notice that virus infection usually has fever, while cleansing process doesn't. If you started a program to improve your health, very likely you might experience some sort of cleansing process. The symptoms usually start from your weak link of the body.

It is important to manage the cleansing process with plenty of rest, light food, alkaline water, hot bath and moderate outdoor exercise. 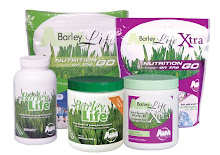